The reasons why Ionic is the perfect pick for developing PWAs? 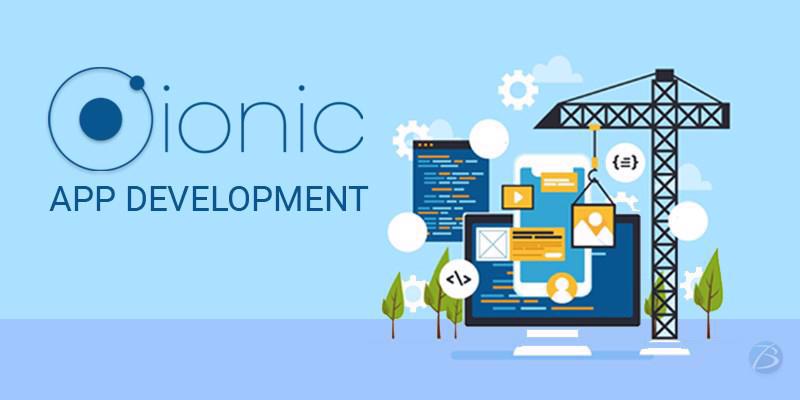 A progressive Web Application (PWA) is a disruptive innovation that has redefined the basic tenets of the web experience in smartphones. It is an ingenious blend of the best of both worlds – responsive websites and native mobile applications. Needless to say, PWAs are gaining momentum and are predicted to be the next big thing in the realm of mobile app development. Switching to PWAs turned out to be highly profitable for several biggies as users started to spend more time on PWAs. Take a look at some of the success stories of PWA adoption.

Flipkart experienced an increase of 40% in the re-engagement rate and 70% in the conversion rate!

Twitter succeeded in getting down the bounce rate by 20% and increasing the pages per session by 65%!

The click rate in “trivago” shot up by 97% and there was a 50% hike in the user engagement!

Hence, the rate of PWA adoption is rising and it has been observed that most businesses prefer to hire an Ionic app Development Company for executing their PWA development project. Business enterprises like Facebook, Tinder, BookMyShow, Starbucks, Forbes, Pinterest, and Uber have successfully expanded their customer base with the help of Ionic PWAs.

In this blog, I have penned down the reasons why Ionic, is one of those frameworks that prove beneficial for PWA development. But before we dive deeper, let me enlighten you about Ionic and PWAs.

Ionic is an open-sourced SDK for creating Hybrid applications. It is built in JavaScript, CSS, and HTML5 and has AngularJS as its base. It not only possesses TypeScript extensions and Cordova plugins but also offers numerous native device features like Fingerprint Authorization, Health Kit, Bluetooth, etc. This enables the Ionic app developers to architect futuristic apps with ease.

A PWA is an application software that is delivered via the web and works like native apps. Introduced by Google in 2015, it has been built using JavaScript, CSS, and HTML, and designed to work for platforms using standard-compliant browsers. PWAs are easily accessible and discoverable like web apps, are convenient like mobile apps, are easy to install, affordable, and display unparalleled performance. A PWA installed in your device, utilizes the cached data from earlier interactions to function in an offline mode and thereby addresses problems like connectivity issues and lack of a stable connection.

The X Factor in Ionic that facilitates PWA development

Take a look at the top reasons to leverage Ionic development services for developing PWAs. 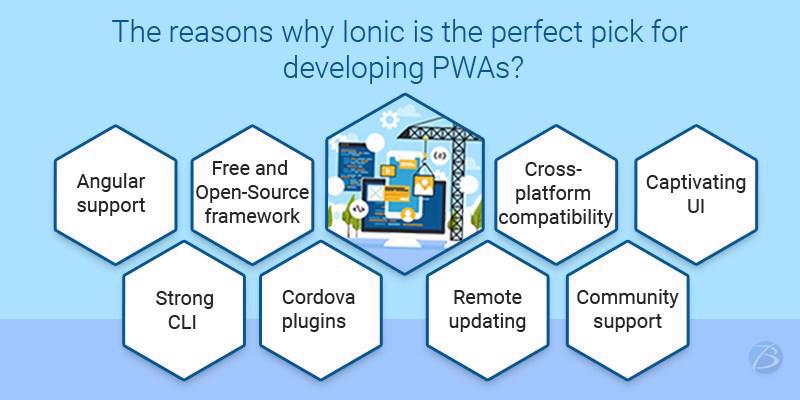 Ionic enjoys the support of Angular, which is known for its ability to develop exceedingly interactive mobile and web applications. Angular’s component API forms the foundation of the Ionic framework and AngularJS provides the sentence structure extensions of HTML to Ionic. These goodies help Ionic developers add amazing and user-friendly functionalities to the app.

A Free and Open-Source Framework

As Ionic is open-sourced, managing the code structure becomes super-easy, resulting in a faster, and budget-friendly development. Moreover, Ionic is authorized under the MIT license and is merged with mobile-optimized codes of JavaScript, CSS, and HTML5 components.

Ionic, being platform-independent leads to the creation of apps that run seamlessly on the major operating systems- Windows, iOS, and Android.When these applications are deployed via Apache Cordova with a single codebase, they automatically adapt themselves to the platform or device they are functioning in.

Ionic is an HTML5 framework and so requires a native wrapper to function like native apps. Cordova, a bunch of command-line tools, and the plugin bridge acts as a native wrapper and also enables easy access to native-like device features such as GPS, camera, etc.

Earlier, the developers followed the traditional approach of posting updates on the App Store and then left it to the client’s discretion whether they are going to update the app or not. However, things changed with the advent of Ionic empowered Hybrid apps. Since Hybrid apps function within a web view, developers can now remotely update the app at the web layer outside the app store, using smart tools such as Phone Gap Content Sync, Ionic Deploy, etc.

The Ionic community comprises of more than 5 million developers around the globe. Community Forum, World Wide Slack, Stack Overflow, and GitHub are some of the forums that answer developer queries and provide them the necessary guidance.

It’s time for some practical advice on getting started! Follow these steps.

Now, the Ionic app is ready for use. The next step is to add Service Worker and Web Manifest to convert Ionic into Progressive Web App Service workers are nothing but the scripts that provide offline functionality, caching features, synchronization in background, push notifications, etc. Web Manifest provides info in the JSON text file about the application.

Would like some useful tips on Ionic PWA development? Well then, this is for you!

The alternative frameworks, for PWA development

Other than Ionic, Xamarin and React Native can also be used to develop PWAs. React Native development uses JavaScript and ReactJS, while C# and .Net are used for Xamarin.

This blog must have given you panoramic insights on Ionic PWA development and you must have realized why the big market players have opted for Ionic, despite the availability of other options.  Ionic creates versatile PWAs with an outstanding UI and UX, using standard tools and a single codebase. Hence, Ionic PWAs enables enterprises to explore new horizons, cater to the demanding requirements of present-day customers, and at the same time ensure a cost-efficient development. Would like to architect Progressive Web Applications with the help of an Ionic Development Company? Reach us!

We hope this blog was enlightening! Please do share your thoughts in the comments section. For any other details, you may mail us at sales.enquiry@biz4solutions.com.